An American woman who was mystified by an AFL game between the Bulldogs and Swans has gone viral for her hilarious take that ‘it is legally required to be extremely attractive to be a pro footy player’.

Kimmie Conner’s TikTok guide on ‘How to NOT play Aussie Footy’ has been viewed more than 425,000 times – and it’s safe to say she provides funnier commentary than most broadcasters!

The Yank was at the round three match between Sydney and the Western Bulldogs at Etihad Stadium with her Australian boyfriend, who appears to be a Swans fan. 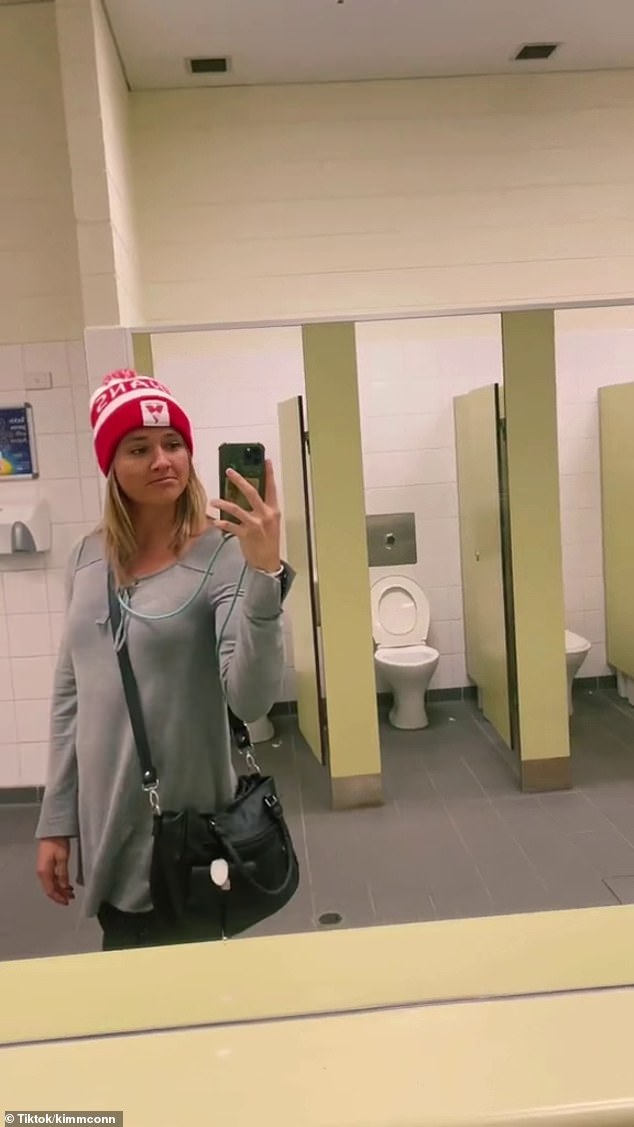 She was clearly a big fan of the footy players, and panned to a shot of Bulldog Bailey Smith on the big screen.

‘They wear extremely short shorts and very tight uniforms and they have absolutely no pads,’ she says in the video.

‘It is legally required to be extremely attractive to be a pro footy player, and tall and muscular […] they also have some top-level mullets on the field.’ 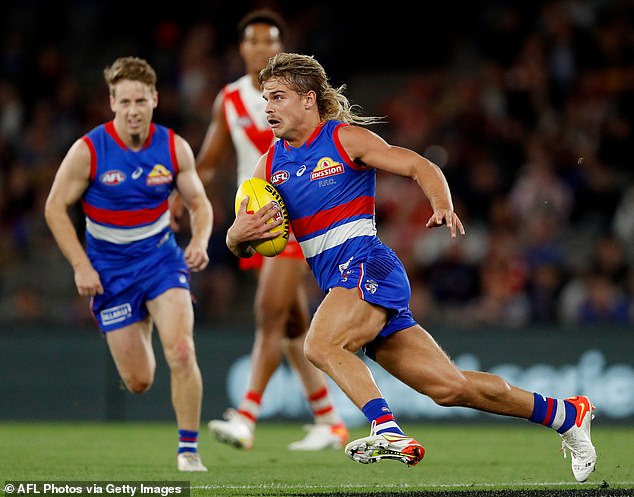 Her incredulity over the rules was obvious, finding it particularly difficult to understand why on earth the boundary umpires would throw the ball in backwards.

‘It’s kind of like a strange mix between soccer, rugby and some American football maybe, and a little bit of basketball for the tip-off (the bounce),’ she says.

‘The field is a large circle […] there are definitely some rules, but there are none about tackling someone really hard. I feel like there are no fouls in this game.’ 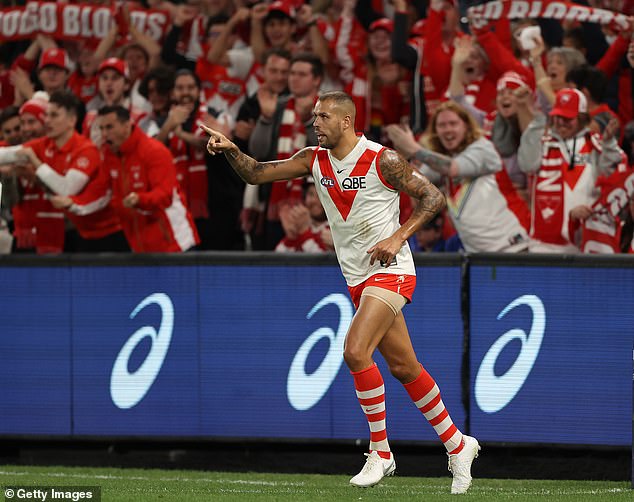 ‘Basically you have to kick it as hard as you can, as much as you can […] the ref throws it in backwards, it doesn’t matter who it went out on, the ref just throws it into the pit,’ she laughs.

Perhaps the most hilarious moment comes at the end of the video when she can’t stop talking about the handsome AFL players. 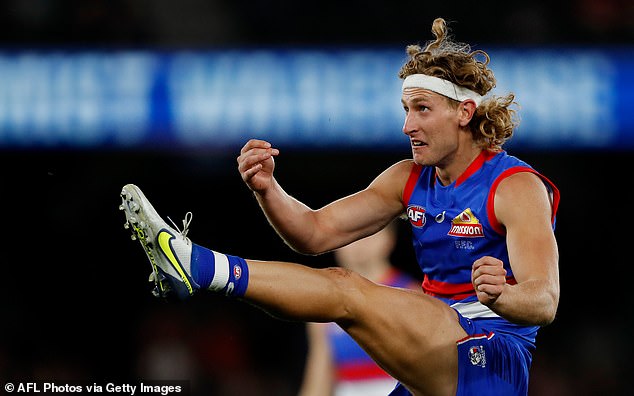 Bulldog forward Aaron Naughton kicks during their win over the Swans

‘Have I mentioned it is important to be considered extremely attractive to play professional footy?’

Aussie AFL fans were quick to comment on her viral video, with one quipping ‘you think their uniforms are tight just look at them in the 70s and 80s.’

And look Kimmie did.

She followed up with a TikTok about cult figure Warwick Capper, who she said she was told is ‘the king of short shorts’.

‘I see what you mean about the shorter shorts now, didn’t think it was possible!’

Did we mention that it is legally required to be good looking to be an AFL player?

Drake dons all white out in Miami... after responding to new album criticism