Virgil Van Dijk has admitted he felt a ‘little twinge’ in the back of his knee during the first half in Liverpool’s victorious Cup final victory over Chelsea at Wembley.

The Dutchman, who started alongside Ibrahima Konate, was withdrawn for Joel Matip after 90 minutes said he could not risk playing anymore for the sake of the team.

It is the first time this season that Van Dijk has been substituted, a fact that only sought to raise the panic levels amongst Liverpool fans.

Speaking to ITV after the game, Van Dijk looked to allay fears of any major injury but said that the measure was hopefully precautionary. 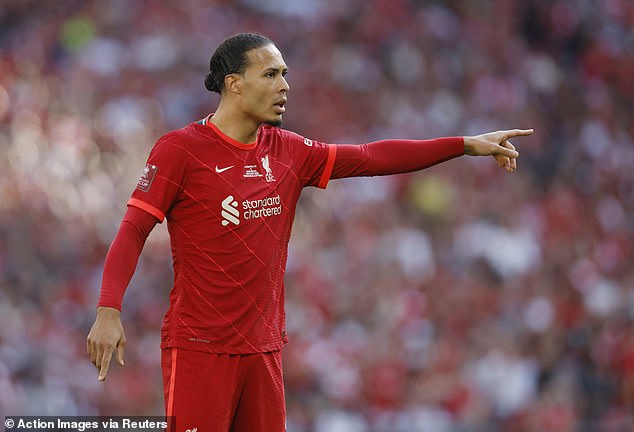 Virgil Van Dijk, the towering figure at the heart of the Liverpool backline, was unusually withdrawn after 90 minutes 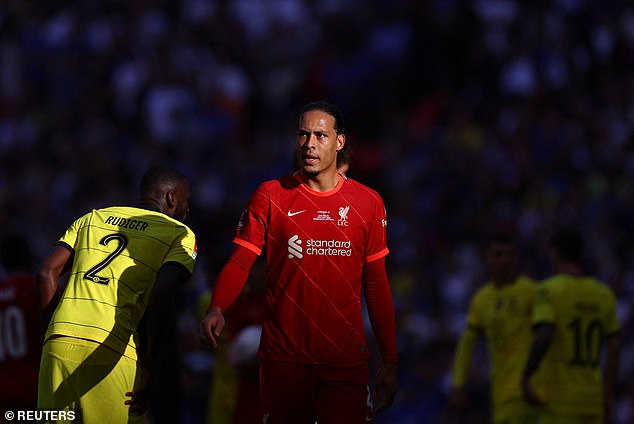 He said in response to a question of his wellbeing: ‘Hopefully well.’

He added: ‘We’re going to check it out. I felt in the first half when I did a sprint in the channel after 20 minutes or something, I felt a little twinge behind my knee.

‘I played on, but in the end I thought “if they put quite fast strikers in”, I can’t risk it for the team and I need to trust in Joel [Matip] in this case. Hopefully it will be fine and positive mindset.’

Meanwhile, Mo Salah, who was withdrawn for Diogo Jota after only 32 minutes with a suspected groin injury told reporters after the game that he would be ‘fine’ for Liverpool’s date with Real Madrid in Paris for the Champions League on May 28. 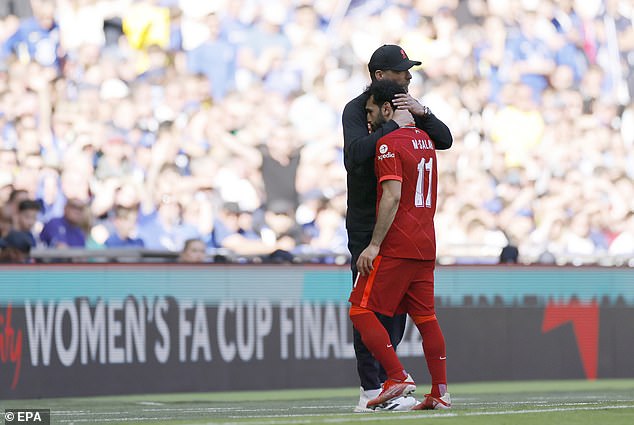 Mohamed Salah’s cup final was over with little over half an hour played, as he limped off the pitch after suffering an injury

Jurgen Klopp, who became only the second manager in English football history after Sir Alex Ferguson to win all of the major prizes on offer with one English club, tried to calm speculation surrounding the fitness of two of key players.

‘We had to change Mo early but it was a precaution move. He said he felt something but could carry on,’ he said.

‘I have spoken to both already. Both are really Ok, it’s not a big thing but we play the next game on Tuesday. They might be fine but I would be surprised. The best physiotherapy is winning football games,’ he added. 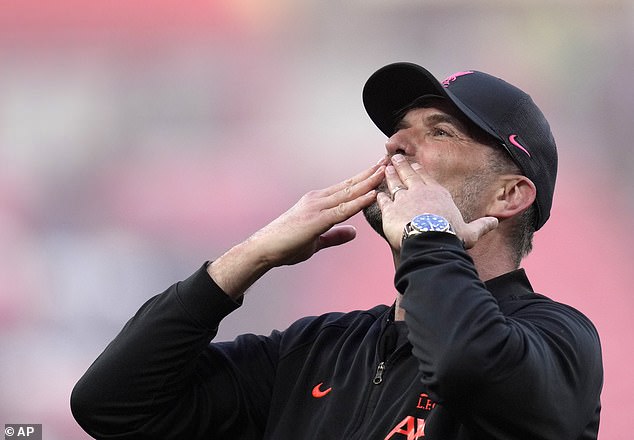 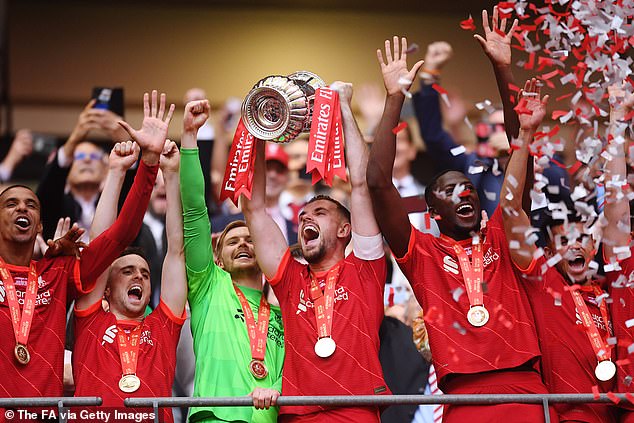 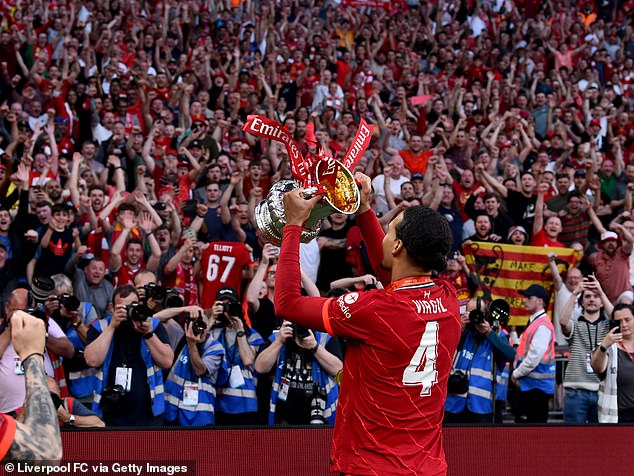 Meanwhile, Klopp also found time after the game to praise opponents Chelsea, who he said, like in the Carabao Cup final, would have deserved the victory.

‘Outstanding, it was an incredible, intense game against Chelsea – they would have deserved it [the win] exactly the same way, like in the Carabao Cup – that’s how small the margins are,’ Klopp told the BBC at full-time.

‘I couldn’t be more proud of my boys, the shift they put in, how hard they fought, early changes, all of these things, missing good chances, overcoming good moments from Chelsea, then having really good moments ourselves.’

‘Then in the penalty shootout, it was nerve-racking, my nails are gone but I really feel for Chelsea – for the second time, 120 minutes and you get nothing, that’s too hard. But for us I’m pretty happy,’ he added. 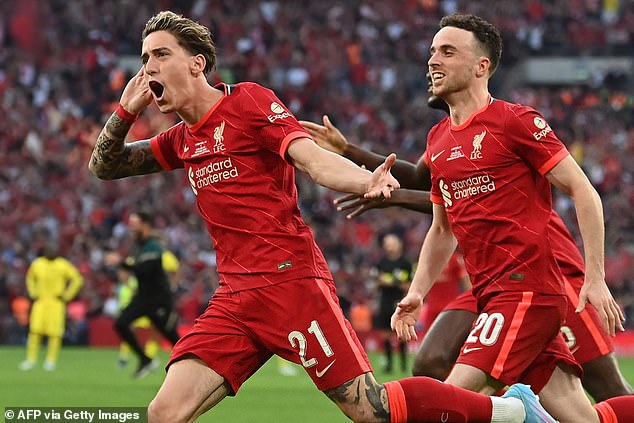 JOHNNY NELSON: I can’t see Tyson Fury walking away just yet… fighting is his medication