Wladimir Klitschko has waded into Tyson Fury’s row with Oleksandr Usyk, labelling his former rival a ‘hypocrite’ after accusing the Ukrainian champion of taking steroids.

Fury, 33, hopes to meet Usyk, 34, at some point this year in a mouthwatering heavyweight unification bout, with the Briton holding the WBC belt while the wily southpaw possesses the WBA, WBO, IBF and IBO titles.

Usyk is set to take on Anthony Joshua for a second time this spring, with the 2012 Olympic champion desperate to reclaim his belts, while Fury’s next opponent is not yet known. 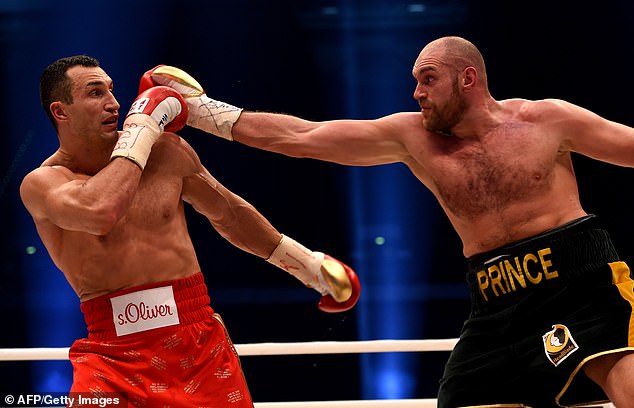 And during a training session on Tuesday, the 33-year-old took to Instagram to blast AJ and Usyk – accusing the latter of steroid use.

‘I cannot believe that AJ has gone and given Ukraine all the heavyweight belts back, after all my hard work of getting them. You big useless dosser!’ he said.

‘You’ve let a little steroid man come up from middleweight and set about you and take all your belts.’

Now, Fury’s former rival Klitschko has intervened in the spat, reminding the Gypsy King that those in glass houses shouldn’t throw stones. 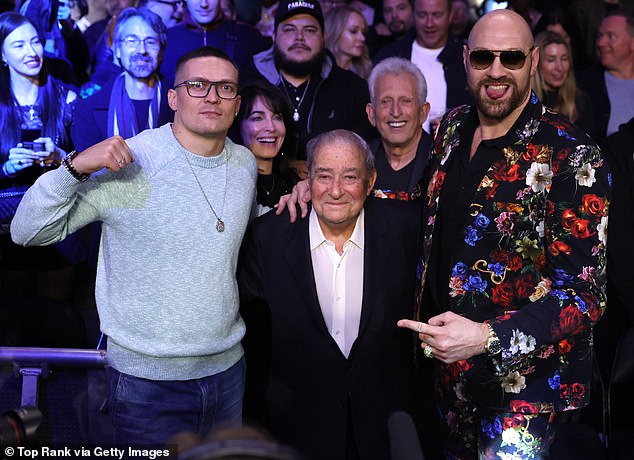 However, Klitschko has accused his former rival Fury of being a ‘hypocrite’ on Twitter

‘@Tyson_Fury you live in a glass house, and someone needs to take away your stones,’ he tweeted.

‘Wasn’t long ago before our fight where you ACTUALLY tested positive. Anyone can Google it. Keep it classy!!! #usykchampion #ukraine #hypocrite’.

Klitschko is referring to Fury’s failed drugs test in June 2016, just one month before his scheduled rematch with the Ukrainian in Manchester. 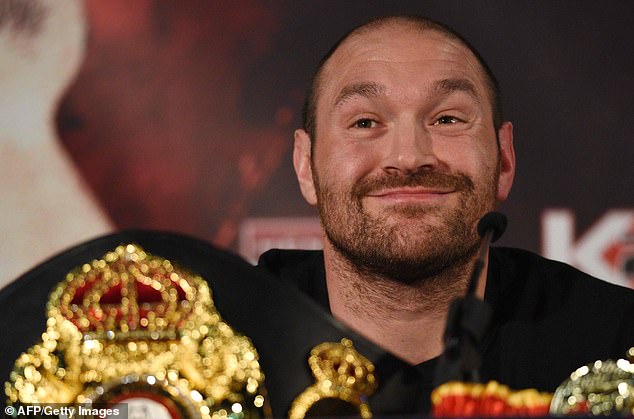 Dr Steelhammer reminded Fury of his failed drugs test in June 2016, leading to a suspension 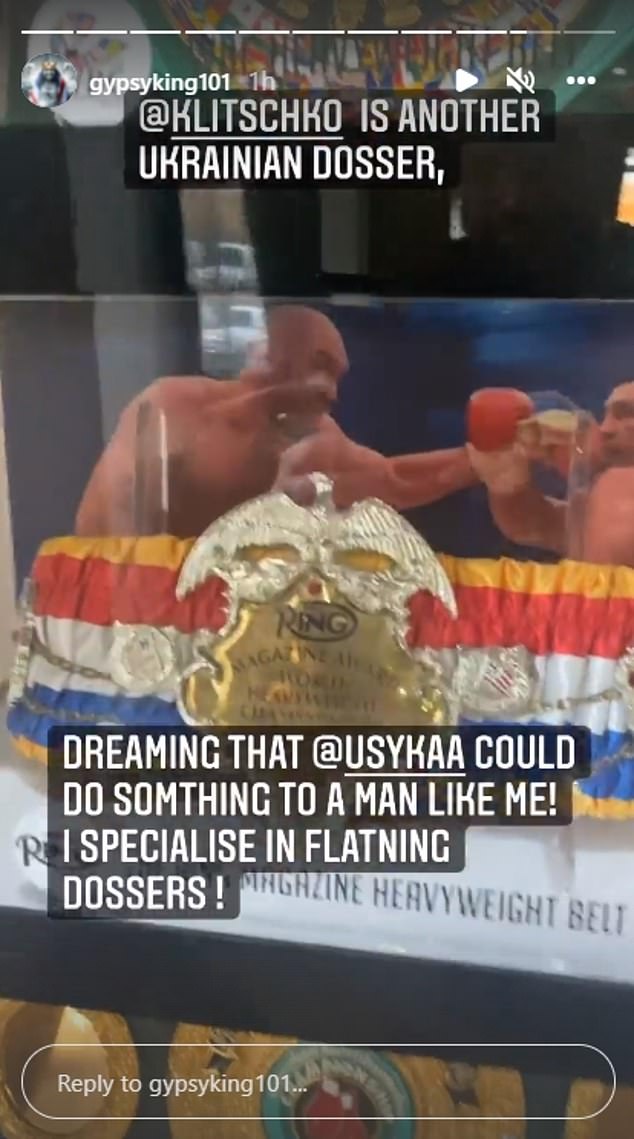 The Gypsy King has responded, saying Klitschko couldn’t lay a glove on him and is a ‘dosser’

UK Anti-Doping suspended the Gypsy King for an ‘adverse finding’ before Fury took a hiatus from the sport as he battled mental health issues.

Fury has since taken to Instagram to respond to Klitschko’s remarks, saying: ‘Wladimir, you’ve got some cheek to come back after all these years and open your big mouth.

‘You never landed a punch, I took all your belts off you, look,’ he says, while flaunting the heavyweight titles he won from Klitschko in 2015. ‘These used to belong to you, mush. Now they belong to me, you useless dosser. Keep on dreaming.’