Revealed: Bookings for holidays in France soared by 75% following its removal from ‘amber-plus’ status and searches for trips to Dubai rocketed by 287% after the UAE went amber

The rush for a holiday in France is on.

Skyscanner revealed that as a result of the country’s status changing on the traffic light system, week-by-week bookings from the UK to France are up by 75 per cent.

According to the travel search site, the most-booked French airports are Paris, Marseille and Nice. 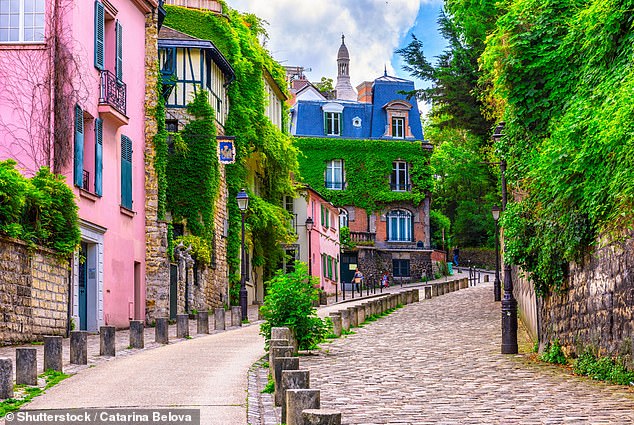 Skyscanner revealed that as a result of France’s status changing on the traffic light system, week-by-week bookings from the UK to the country are up by 75 per cent. Pictured is Montmartre, Paris

The average prices for return airfares for these destinations are £102 for Paris, £164 for Marseille and £55 for Nice.

France moved from ‘amber plus’ to ‘amber’ on Sunday, August 8, meaning fully-vaccinated Britons do not need to quarantine upon their return. However, unvaccinated travellers still have to self-isolate at home for 10 days after holidaying in France, according to the FCDO.

Skyscanner also revealed that interest in trips to Dubai rocketed after it was announced that the UAE would move off the red list and onto amber.

Searches for trips from London to Dubai went up 235 per cent between August 2 and 9 compared to the previous week, and by 287 per cent for flights from Manchester to Dubai. 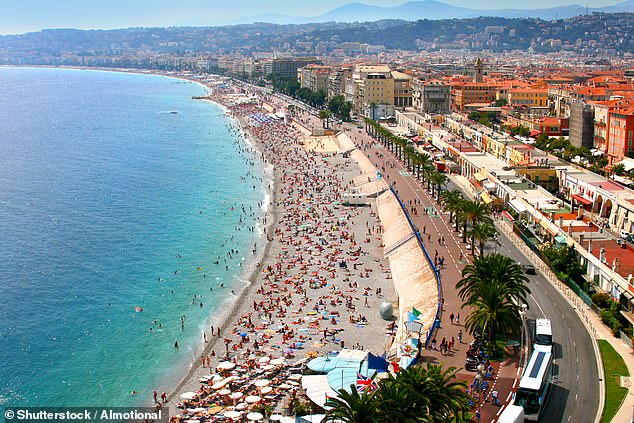 Holidaymakers are also looking to central Europe, with searches for Slovenia booming by 235 per cent following its green-list move.

Searches for Latvia, which was moved to the green list at the same time, have also been rising over the past month, with a 70 per cent week-on-week increase in searches by Britons.

Romania, another new addition to the green list, has seen a 51 per cent surge in searches following its change in status.

Laura Lindsay, Destination Expert at Skyscanner, said: ‘International travel is definitely back on people’s agendas and while the selection of destinations trending amongst Britons in 2021 may look a little different, it is clear that UK travellers are jumping at the chance of a break in the sun, returning to favourite spots whenever they can do so safely and within the rules. 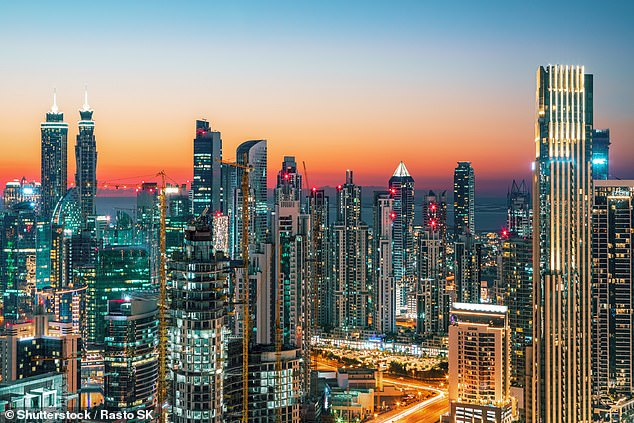 Dubai, pictured, was moved off the red list and onto the amber on August 8

‘The new guidance for vaccinated travellers means that much-anticipated trips to traditional favourites like Spain and France can take place once again.

‘We’ve seen the addition of the UAE to the amber list drive a surge in searches and bookings, as well as extend travellers’ gaze into the autumn to take advantage of the climate and luxury escapes.

‘The list of quarantine-free destinations for unvaccinated travellers is smaller, but summer sun can still be enjoyed in Malta, Croatia and newcomers like Slovenia.’ 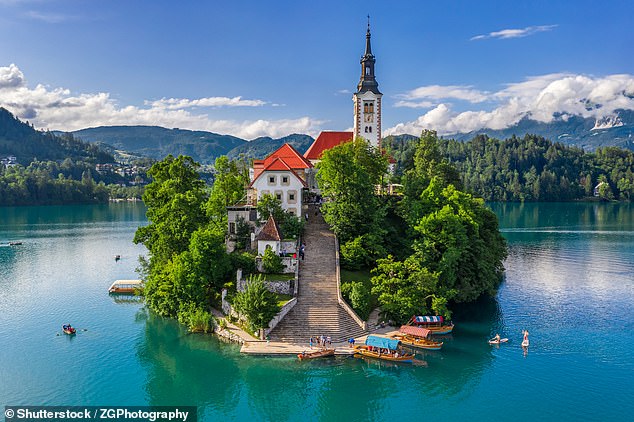 Travel searches for Slovenia rocketed by 235 per cent after it was moved to the green list. Pictured is Lake Bled

It comes as the Competition and Markets Authority (CMA) vowed to crack down on the cost of PCR and antigen tests, after Health Secretary Sajid Javid referred the travel test market to the watchdog.

More than 400 private firms are listed on the government’s website for holidaymakers.

The CMA warned it would ‘not hesitate to take enforcement action’ against providers flouting the law and not giving customers what they paid for.

The lure of the lakes: Writer Tamara Hinson finds Windermere as spellbinding as ever